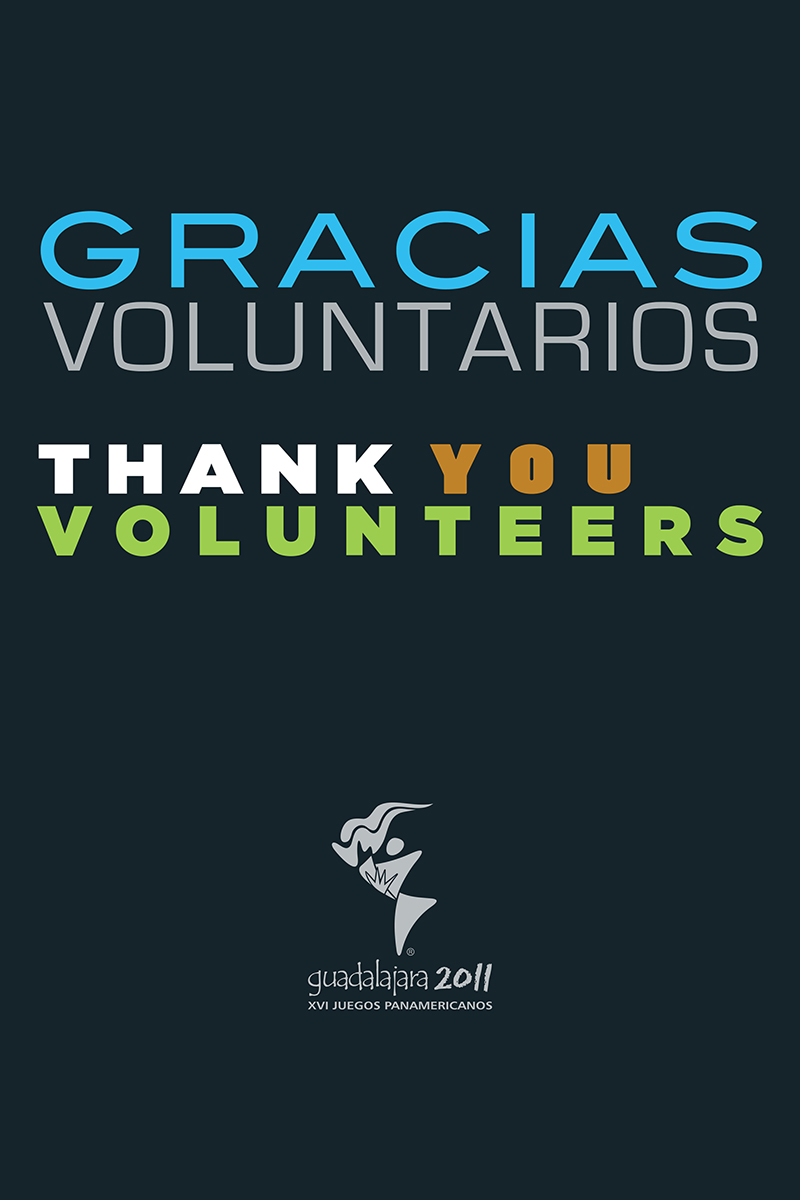 Video dedicated to thank all the volunteers that made possible the realization of the 2011 Pan-American Games in Guadalajara, Mexico; presented during the live broadcast of the Closing Ceremony. Viewed by more than 200 million worldwide, the Emmy-award winning Ceremonies of Guadalajara 2011 Pan American Games received critical acclaim from around the world.